Ok so as a continuation of “Excavation Station” I wanted to update how it all turned out. As you may know we excavated out our backyard to get rid of an INSANE amount of an invasive species called Japanese Knotweed. Total nightmare. But we also took this opportunity to level out our back yard to make it more useable. After the excavation was complete we built a “dry stack wall” which I discussed in the previous post. Then we debated whether to seed the law ourselves or have it Hydro-seeded. Hydro-Seed is this Green pulp that comes out in a big hose and gets sprayed onto your yard, it’s a mixture of seed, wood chips/mulch. It basically makes the process easier and more uniform when finished. So because we were burt out (and I ended up picking up another remodel project along the way – more on that later) we decided to do the Hydro-seed route. The cool part is the guy that ended up doing ours also does Fenway park and is endorsed by them, so we’ve started referring to our yard as “Fenway.” Although none of us really give a Sh*t about the Red Sox, its fun to pretend.

I started to get antsy because it took a WHILE for the seeds to sprout, I was almost convinced we got a bad batch but little by little it came up. The only really unfortunate part was that it has not rained AT ALL this summer, so it’s been sort of an inner struggle to water and waste water, or to let all our hard work die. I usually end up watering in the dark of the night in order to have a mental compromise with myself.

Some photos below, not the best pics but I’ve been busy people!! 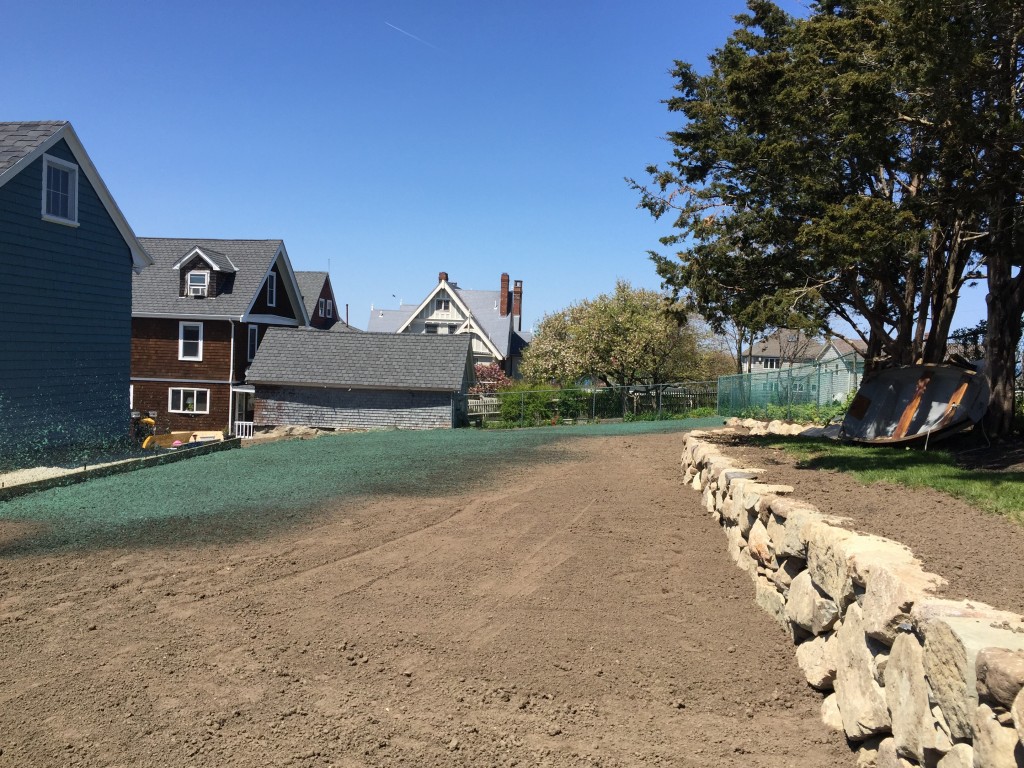 Heres the wall and the yard half Hydro-Seeded

Another angle of the wall 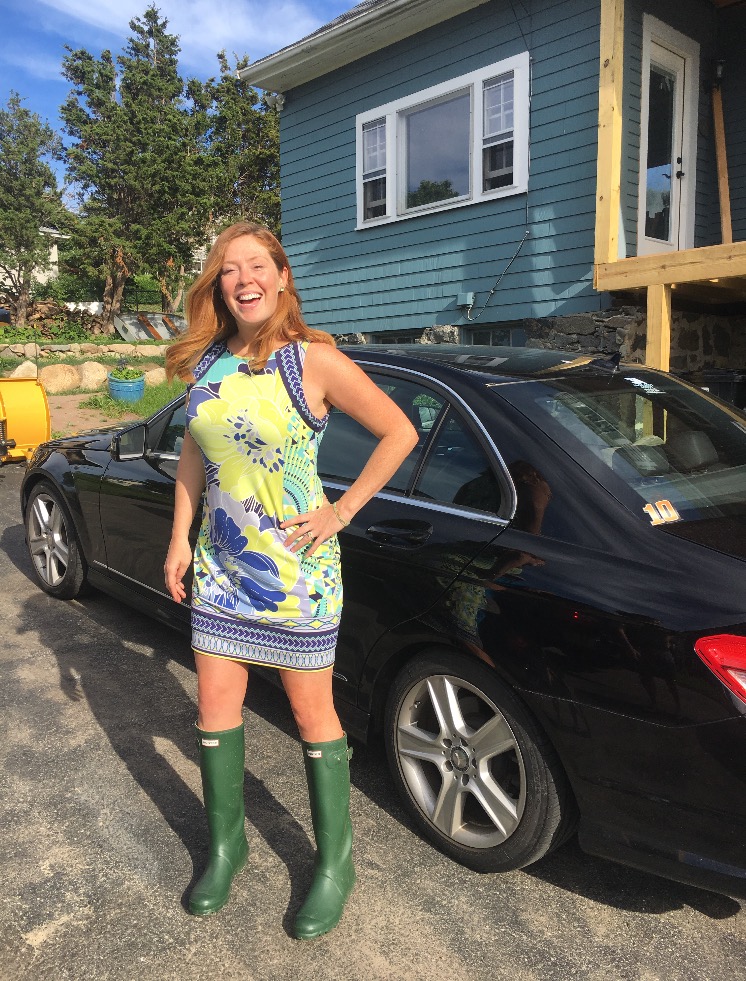 Here I am caught red handed doing yard work in My Hunter's and work dress - Hey you gotta get it done no matter what! Steve gets mad at me for "Never wearing 'work clothes'" But honestly, what's the point of changing if I'm always working?